An article on The Huffington Post culled tweets expressive of the sentiment that if Nicholas Sparks, the mind behind culturally impactful books (and movies) like The Notebook, Safe Haven, Nights in Rodanthe, The Lucky One, and so on and so forth–who had previously cited his relationship with wife Cathy as inspiration for his work– 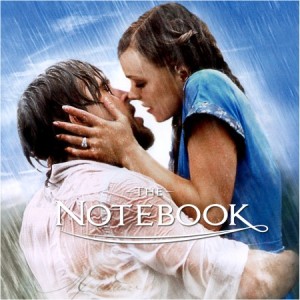 was giving up on a relationship, then True Love must be dead and buried.

Frankly I’m amazed that so many expressed the sentiment of feeling cheated somehow because Sparks’ literary output had had a positive impact on them, perhaps giving them hope that a relationship like those depicted in his books and films was out there somewhere for them, but now, since his own marriage proved not to be an Everything relationship, that somehow undercut the hopeful and optimistic message underlying his overall body of work.

Responding, then, to the question posed in the title of this post, does Nicholas Sparks’ divorce say anything about True Love? In a nutshell, hells yes it does! It says that True Love is alive and well, thank you very much. After 25 years and probably a ton of practical reasons to remain together: kids, finances, and, in this particular case, public perception, Nicholas and Cathy Sparks recognized that their relationship had run its course. It was not a True Love relationship. Not an Everything relationship.

Why? Because one simply cannot have had a True Love relationship. If it voluntarily ends, regardless of the specifics, it fell short of True Love. By acknowledging this, by accepting that a better reality might well be out there for both of them, romantically speaking, Nicholas and Cathy Sparks are totally and unequivocally validating the lure and desire for the most vaunted relational state possible for us as human beings–you got it: True Love.

True Love knows no age. It becomes possible when the circumstances of one’s life–one’s understanding of one’s self, one’s contentedness with the individual completeness of one’s life, and one’s precise definition of who and what one wants in their ideal romantic partner and relationship–set the stage for it.

In Nicholas Sparks’ case, his relationship with and marriage to Cathy was good enough to inspire him to hypothesize great, True Love romance and express it in ways that spoke to millions and millions. Ultimately, it perhaps even spoke to him and Cathy, helping them realize that “good enough” is a far cry from True Love, from Everything. And now they’re both free to pursue that for themselves. With all that they experienced and learned from each other, about what they want and don’t want in their respective Everything relationships, helping refine their visions of their ideal relationships.

From where I stand people shouldn’t take the Sparks divorce as the death knell of True Love. Quite the opposite:  they should take it as convincing validation that True Love is alive and well, thank you very much.